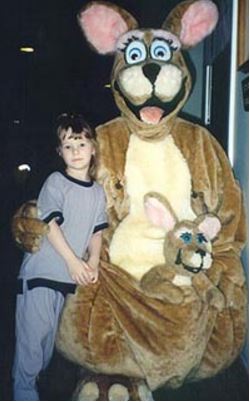 In 1996, a girl named Jessica Sears, aged two years, is diagnosed with a rare condition: an arteriovenous malformation (AVM), which means an abnormal contact between the arteries and veins of the brain.  An AVM forms an entanglement of blood vessels which can be very dangerous. It can lead to a rupture and potentially generate a stroke, convulsions, paralysis and even death.  Jessica had the worst kind of malformations. Unless she got treated, her chances of survival would decrease every year.

The decision was then made to remove the AVM surgically by performing a craniotomy, or the surgical removal of part of the skull to expose the brain. It is the most commonly performed surgery for brain tumor removal. It may also be done to remove a blood clot and control hemorrhage, inspect the brain, perform a biopsy, or relieve pressure inside the skull.

Jessica was operated on November 7, 1996 by Dr. Bojanowski of the Hôpital Notre-Dame, a specialist in arteriovenous malformations. He was assisted by Dr. Mercier of the CHU Sainte-Justine. Despite the significant risks encountered, the operation was a complete success.  For the parents of Jessica, Sylvie Sanschagrin and Robert Sears, Sainte-Justine Hospital of Montreal saved their daughter thanks to the professional care provided.

"Our daughter received the best medical care at the Hospital Sainte-Justine. All physicians and nurses and hospital staff contributed to the success of Jessica's operation and recovery. We will never forget the expression of Dr. Bojanowski after Jessica’s operation. We knew when we saw him that she was getting away with. We are indebted for life to the Sainte-Justine Hospital, which saved our daughter's life. "

Indeed, life is priceless.  In recognition for the CHU Sainte-Justine, Jessica's parents -- Robert Sears & Sylvie Sanschagrin -- decided to dedicate the annual curling tournament they were organizing to raise fund for the children hospitals in Montreal. In 1999, the tournament name was changed and Kurling for Kids was born.