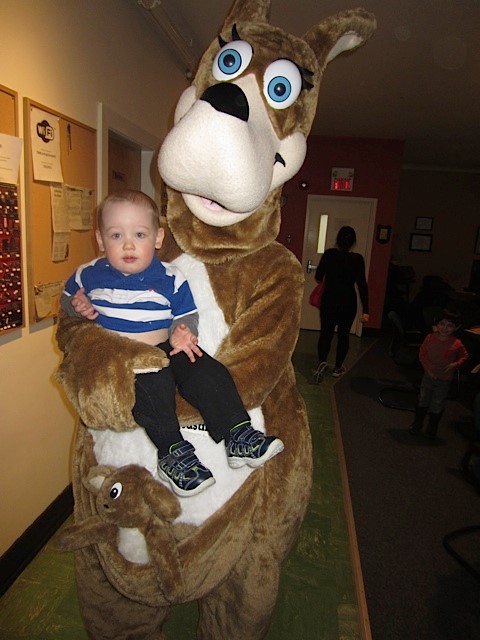 Marco's story begins just weeks before his 1st birthday in October of 2013. He had been ill with what his family pediatrician thought was the flu for several days. To be sure there was no bacterial infection, the doctor instructed Marco's mom to collect stool samples for four more days. On day four, Marco became extremely lethargic and could not keep any fluids down. Marco’s parents rushed him to emergency at St. Justine's Hospital, where they were told that if Marco had been brought in just one hour later, his recovery would have been highly unlikely. He needed to be treated immediately for septic shock.

Marco was hospitalized and hooked up to an IV with strong antibiotics being supplied every four hours. After seven days Marco was discharged but had to return to St. Justine's Hospital every two weeks for three months for blood tests. A monthly ultrasound was also required to make sure Marco’s organs were functioning properly and free of infection.

Today Marco is a strong and healthy 8-year-old, always on the go, and keeps his Mom and Dad on their toes. Marco and his family are beyond grateful for the quick acting nurses and doctors at St. Justine's Hospital.

Marco has lived in Edmonton for the last 6 years and was treated at the Stollery Children's Hospital when he was 4 years old for a tonsillectomy. He received such wonderful care during his time there.

Marco's family would like to give back and help other children treated at the Stollery Children's Hospital. Kurling for kids has been expanding outside of Quebec, and Marco's mom read on their website about the opportunity for people to set up a local event in their hometown . She reached out to Kurling for Kids to see how she could get this awesome organization to have a local event in Edmonton. The rest, as they say, is history, and Kurling for Kids has teamed up with The Stollery with the goal of raising funds for this local children's hospital.